Quality and safety: the secrets of getting fish to the consumer 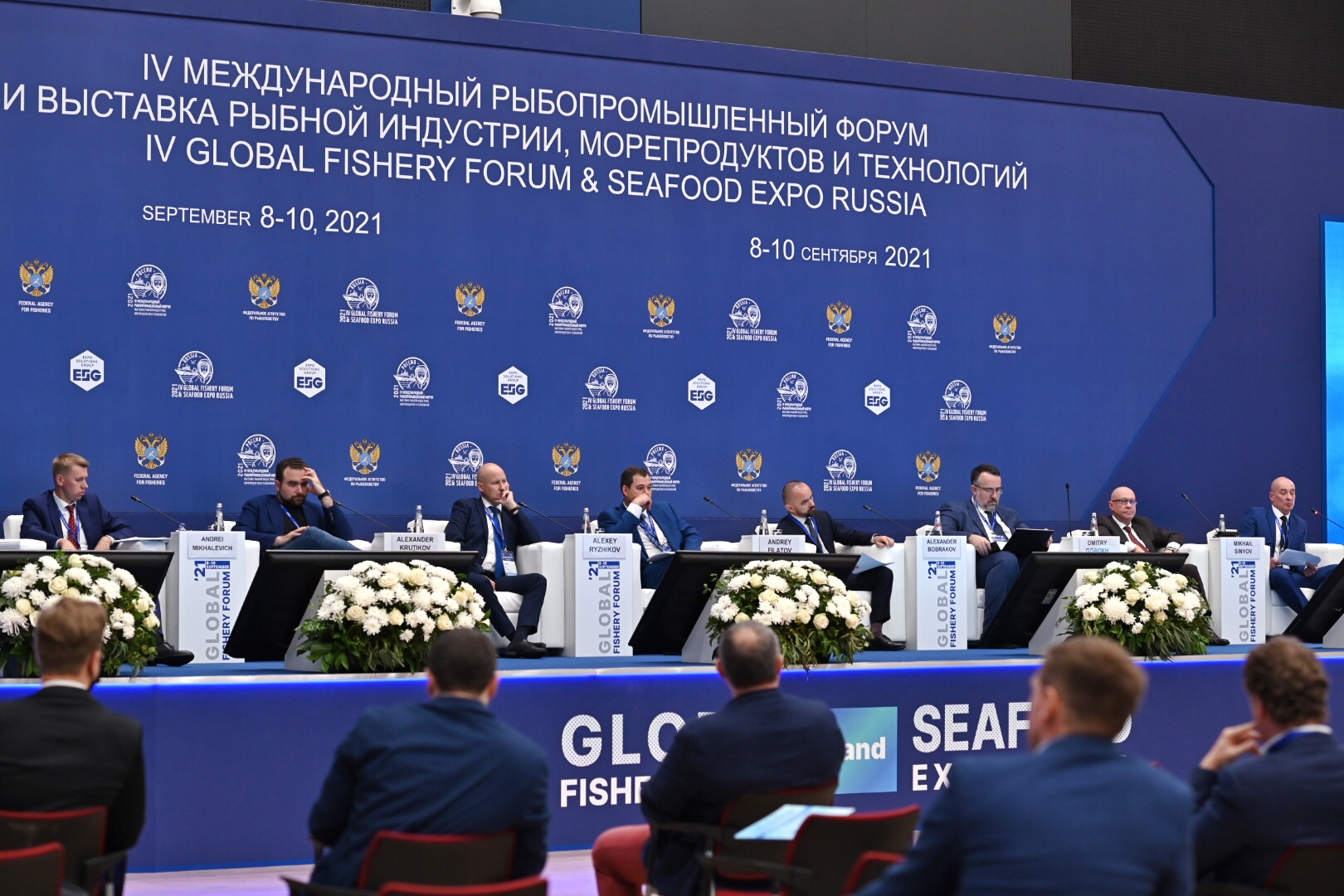 As part of the IV Global Fishery Forum and Seafood Expo Russia in St Petersburg, the roundtable “How to Get Quality Fish to the End Consumer” was held on 9 September.

It is not, of course, enough just to catch fish – you have to deliver it to the end consumer in perfect condition. In Russia, the situation is further complicated by the thousands of kilometres and long hours of transportation between onboard ship and the consumer’s plate. So today, logistics and storage optimization pose a new challenge to the industry.

Plenty of fish and the Northern Sea Route

Andrey Mikhalevich, Head of the Economy and Investment Department of the Federal Agency for Fisheries, said approximately 3.5 million tonnes of fish had been caught in the first eight months of this year, the same as last year. Given the reduction in exports, the supply on the domestic market has gone up, so the freight volume transported from the Far East and the North to the country’s interior is also growing. “Meanwhile, we need to understand that, in addition to land routes, there is also an alternative: the Northern Sea Route (NSR), operated by Rosatom State Corporation”, Mikhalevich noted.

Sergey Chemko, Head of the Project Office for the Arctic at Rosatom State Atomic Energy Corporation, explained that the NSR transport corridor runs 3030 nautical miles through Russian Arctic seas during a navigation period normally lasting four months, though recent years have seen a shrinkage of the ice area and a navigation 'shift'. In 2019, for example, the earliest voyage took place at the beginning of May while, in 2020, the latest voyage was in January–February. This was also made possible by introduction of modern new ships.

In order for the full NSR capacity to be used, the infrastructure needs improvement, Chemko stressed. The plan is to complete a lot by 2024. And, in 2030, year-round navigation might already be open so seaports along the NSR route must be upgraded and prepared for serving refrigerated cargoes.

Chemko also highlighted the need for state subsidies for carriers and a logistics operator for door-to-door delivery and supply of the requisite container equipment.

Vladimir Valter, CEO of Seroglazka Terminal, joined the discussion, sharing his experience. He said it was their facility that serviced the lighter carrier during the pilot voyages: “This large vessel requires special infrastructure”, he said.

Reconstruction of the Petropavlovsk-Kamchatsky terminal is scheduled for completion next December, bringing with it 600 container outlets and one-stop-shop service. In Murmansk, there is still work to be done on the terminal’s infrastructure, according to Valter.

For his part, Alexander Bobrakov, Sales Director at Maersk Eastern Europe, said logistics in Russia was a strategic challenge. “The SMP is a request for variability, and the container method allows it. Our company is ready to support development in this direction”, he added.

Alexander Krutikov, Chairman of the Supervisory Board of Investment Partnership Ryba.RF Corporation, told the roundtable about the Fish Port project for integrated logistics development in Russia's Far East and the Arctic. “The first participants were Antey Group and North West Fishing Consortium”, he said. “The specialised infrastructure will be created at four ports with a combined cargo turnover reaching 4.6 million tonnes”. There are also plans to set up a fish exchange. The time frame for the projects is 3–4 years.

Alexey Ryzhikov, Managing Director of the St Petersburg International Mercantile Exchange, outlined the significance of and prospects for development of the exchange institution on the fish market. He believes the exchange makes possible maximum transaction transparency. Anton Semikin, Director of Sea Fish Kamchatka, shared his experience of participating in fish auctions. He noted that, as a broker, he is waiting for state regulation of fish trading: "The fish exchange will eliminate all risks for the buyer”, he said.

Mikhail Sinyov, President of the Association of Food Sector Organizations (ASORPS), focused on the need to develop refrigeration systems to preserve fish quality. He said that fish transported in non-specialised rolling stock and containers was exposed repeatedly to abnormal temperature conditions during storage. “Fish should be kept at -18 degrees Celsius, no more, yet inspections show that this is not the case in practice. A continuous cold chain has to be put in place to monitor the condition of cargo at all times”, Sinyov explained.

Dmitry Gorokh, Deputy Head of the Centre for Corporate Transport Services (a branch of Russian Railways), said that Russian Railways had “accelerated refrigerated trains”: three daily train paths have been allocated allowing up to 6 tonnes of products to be transported every day at a speed of 1,200 km/day. Some 40 train paths have been allocated for container trains: refrigerated containers are part of container trains on 12 railways servicing over 70 destination stations. Constant dispatch control is in place, allowing cargoes to be delivered to the Moscow region in 10–11 days. In 2020, 15 trains carrying 25,100 tonnes of fish products were dispatched from the Far Eastern Railway. In 2021, 32 trains carrying 40.4 thousand tonnes of fish have already been dispatched.

Russian Railways also has its Cold Express project in the pipeline. The aim is to increase the speed of freight delivery in refrigerated containers by allowing loading without the train being broken up. Investments will amount to about RUB 11 billion.

Since transhipment and storage facilities are crucial for perishable goods logistics, the roundtable participants were briefed on the Maximikha Industrial Cluster project to be rolled out in the Moscow Region. Andrey Filatov, CEO of the Maximikha Industrial Cluster, said the complex would occupy 120 hectares, with a total area reaching 429,000 square metres. There will be warehousing facilities, a small-wholesale trade zone, a low-temperature production and warehouse complex, office facilities and much more. The construction is scheduled for completion in the 1st quarter of 2023, with its first phase expected to be put into operation in December 2022. Filatov expressed hope that the facility would be useful for fish processing companies.